You Are Here: Fundamental research

Rivet joints, as frequently used in aerospae structures, are mostly realised by conventional aircraft rivets. For this joining technique two steps are needed. In the first step, a hole is drilled and in the second step, a rivet is applied. To allow shorter cylce times, which is mandatory especially in the automotive field, self piercing joining techniques need to be applied. When applying this kind of joining technique, the laminate of the joined parts is predamaged.

Within the framework of the reasearch studies performed at the Insitute of Structural Mechanics and Lightweight Design, the effect of the predamage due to the manufacturing process on the load carrying capacity is investigated theoretically and experimentally. 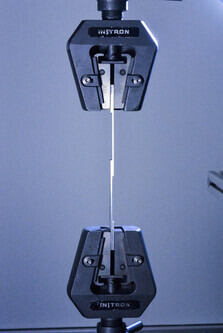 Adhesively bonded joints are attracting increasingly interests in a wide variety of transport industries (i.e. aerospace, automotive and marine) due to many advantages they can offer in comparison with the other joining techniques such as riveting and bolting. However, their resistance against cyclic loading is still of a great concern. Given that fatigue testing is often pricey and time consuming, sizing such structures against fatigue loading as well as predicting the fatigue lifetime using reliable numerical tools could massively save time and expenses.

In this regards, SLA is engaged with the following research activities:

For a number of reasons lightweight design is still a major trend in scientific research. In its periphery multiple technologies were developed independently and reached a certain level of maturity. Mainly, the development of fiber reinforced plastics and 3D printing needs to be mentioned in this context. However, it was not possible to merge the two technologies successfully. The main reason for this is the missing concept of how to implement long or endless fibers in the build-up direction of the printed part. For this reason 3 D printed parts using fiber reinforced plastics can never reach a three dimensional load bearing capability.

The aim of this concept is to develop a new production technology which is based on Fused Deposition Modelling (FDM) and to describe the associated design and calculation methods in order to fuse these two technologies for the first time.

Currently, the major challenge exist in numerical prediction of response of thin-walled composite structures in multi-field coupled analysis more accurately at large deflections. The main aim of this ISmartFEM is developing a shell element that deals with a large variety of multi-field coupled problems considering both structural and material nonlinearities.

The first objective is to develop a thermopiezomechanically coupled shell element in order to simulate the piezolaminated structures at various loads like, thermal, electrical and mechanical loads. The second objective is developing a numerical model to predict the behaviour of magnetoelectromechanical layered shells. The last part of this project is to analyze how the linear and nonlinear material/constitutive laws effecting the response of laminated thin-walled composite structures integrated with smart material layers or patches in both static and dynamic technological applications. 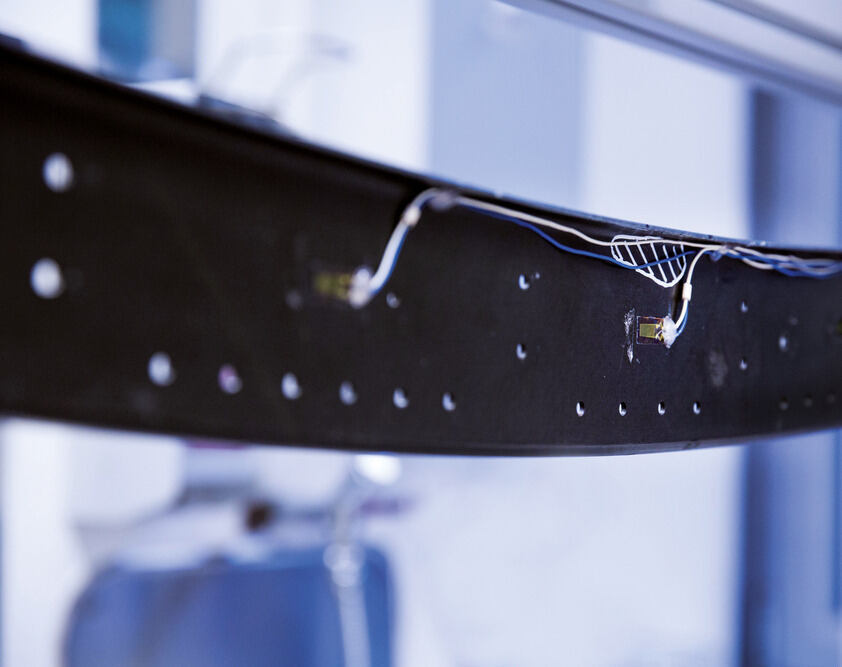 Structural Health Monitoring (SHM) is a research topic which is investigated and considered for decades. Especially within the last years, SHM attracted wide interest which is indicated by the vast growth of the community (e.g. International Workshop of SHM). Still, SHM is barely applied within industry. Current systems are lacking efficiency. Either a vast amount of sensors is used or the sensitivity is questionable.

In order to provide an efficient SHM, SmartSHM uses the knowledge of the sizing process. During sizing process, structural analyses are performed in order to achieve a full understanding of a structure and its mechanical behaviour. Therefore, hot spots, high stressed areas where a damage is likely (and expected), are already known. Using numerical and analytical models, the influence of the expected damage on the structural behaviour is investigated alongside potential structural damage indicators. This approach leads to optimized structural damage indicators and a substantial increase of efficiency. 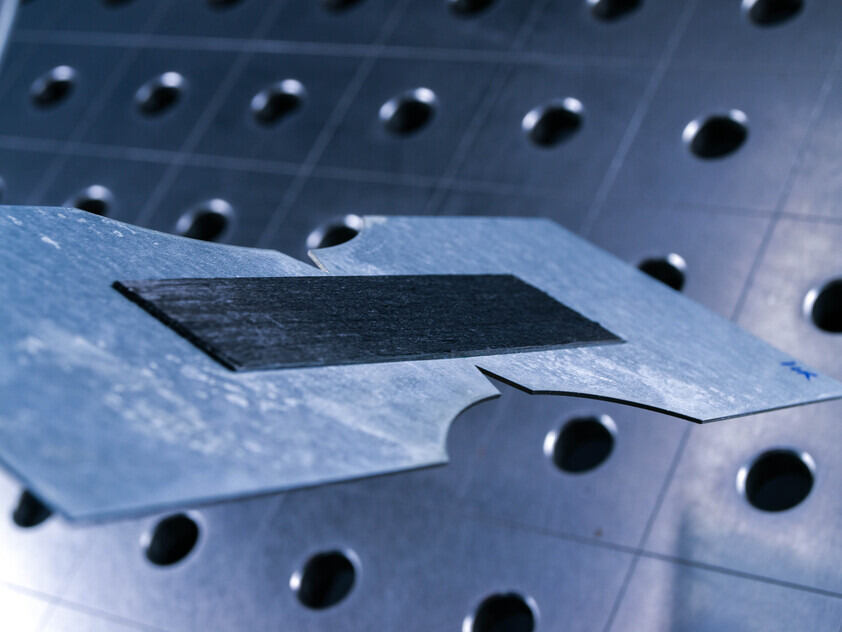 The improvement of the fatigue performance of metallic structures is still of great concern for a variety of applications. Another big issue is the endeavor to weight reduction in nearly all sectors of industry. Solutions including both long fatigue lives and low structural mass are of big interest.

Different applications, such as bridge construction, use patches made of fiber reinforced plastics (FRP) to repair fatigue cracks. By using these patches the fatigue life of a cracked component can noticeably be increased. This principle can also be applied to undamaged structures: Spots that are prone to fatigue cracking, such as sharp corners, are locally stiffened by applying FRP-patches. This local stiffening leads to increased fatigue life at nearly no additional weight.

Even though this principle is already used for certain applications there are no convenient design guidelines for repair- or stiffener patches made of FRP. Analyzing the fatigue behavior of thin-walled stiffened metallic structures under cyclic loading is subject matter of the research at SLA aiming at describing the mechanical behavior and deriving general design guidelines.