Numerous cities and metropolitan regions around the world are facing collapse due to the use of cars in terms of traffic and the environment. Nowadays 54% of the world's population live in cities. According to United Nations forecasts, the proportion will already rise to 66% increase. As the population increases, the number of people already stuck in traffic jams for a long time will continue to rise. The economic losses in Germany alone will amount to 9 billion euros per year. A central challenge is therefore the future development of public transport. New concepts for large cities, adapted to individual cases, must be developed and established. upBUS offers the solution by combining the development of two different transport systems, urban cable cars and autonomous electric buses. 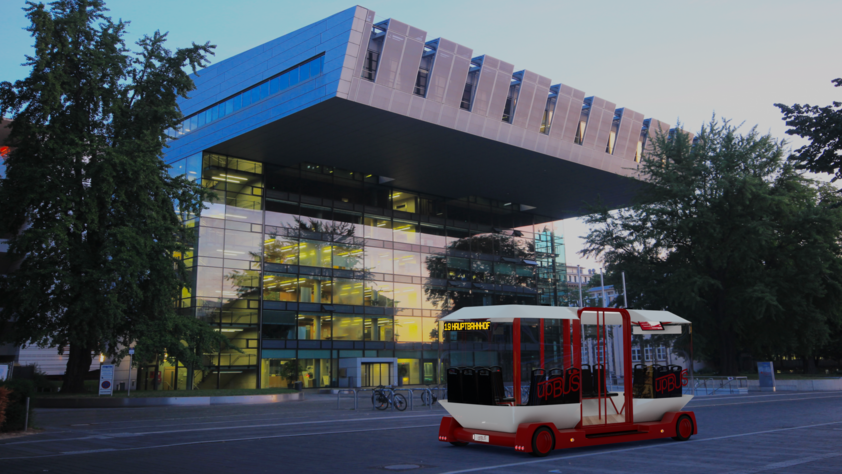 Cableway systems are characterised by short construction times without traffic obstruction, low investment and operating costs, minimal space and energy requirements and enormous flexibility in routing. Modern cable cars can transport up to 6,000 people per hour and direction.
At the same time, the development of autonomous electric buses is progressing all over the world. The advantages of these buses are lower operating and maintenance costs for electric drives compared to diesel drives and the absence of additional drivers.
However, both systems, urban cable cars and buses, have disadvantages. Although the autonomous bus allows a densification of the network, it also stands in traffic jams on the major access roads and at the same time promotes them.
The challenge of using cable cars lies in their integration into the urban environment. It is imperative to connect the start and end points to the rest of the local transport network in order to enable passengers to switch to the rest of the network. 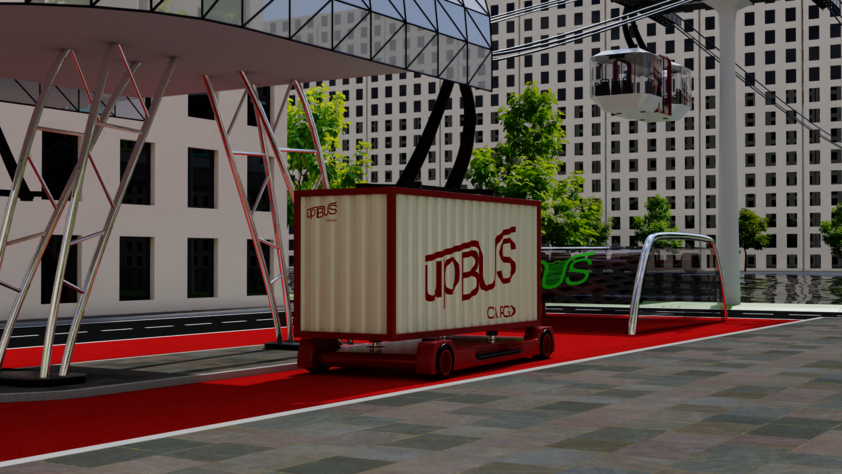 upBUS now combines both systems and eliminates these disadvantages. upBUS is divided into three components. The passenger cell transports the passengers and has the ability to couple with the other two main components, the travel module and the suspension of the cable car. This allows the cell to function either as a bus or as a ropeway cabin. Passengers can use both systems without changing trains. The buses can travel autonomously through the city and set up a close-meshed network. On the main and busy routes, the cable car offers the possibility of transporting passengers cleanly, quietly and safely across road traffic and obstacles. The advantages of both systems are thus combined in a single system, upBUS.
The key technology of transmodularity is a suitable standardized interface. Information, mechanical loads and energy must be able to be transmitted at the interfaces. Since 2010, the iBOSS project has developed an interface for fully automatic coupling in space that meets these requirements. This interface enables the realization of the idea of upBUS. 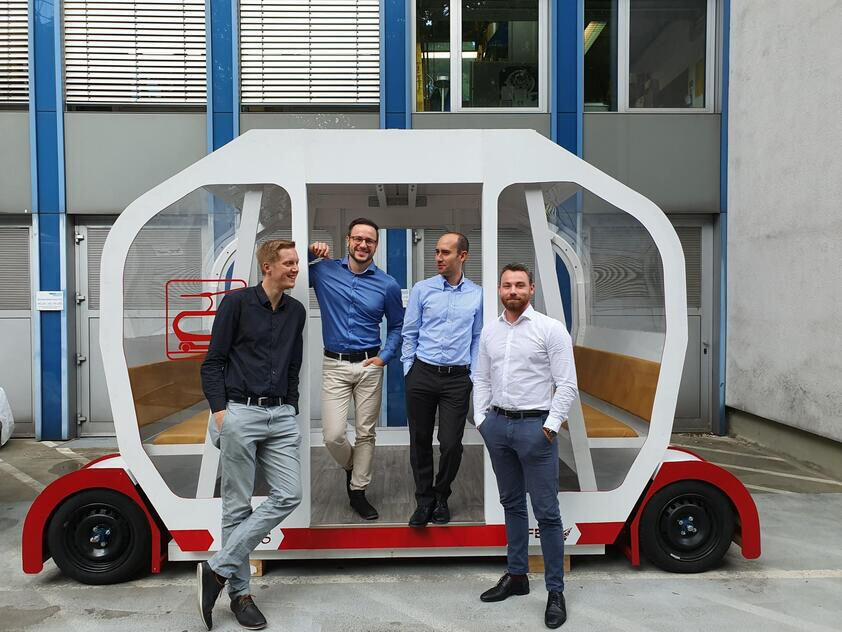 On June 1st 2019, a project was launched to produce a first simple prototype by the end of 2020 and to demonstrate the key technology. This prototype should be able to carry out a fully automatic change from bus mode to ropeway mode and vice versa on a ropeway test stand. The project is being carried out jointly by the Institute for Structural Mechanics and Lightweight Construction (SLA) and the Chair of High Frequency Electronics (HFE) at the RWTH and is financed by the Federal Ministry of Economics and Energy. In 2023, a first test operation based on this prototype will be set up and passengers will be transported with the upBUS system for the first time.