You Are Here: ATLAS - AcousTic LoAds on Space-Structures 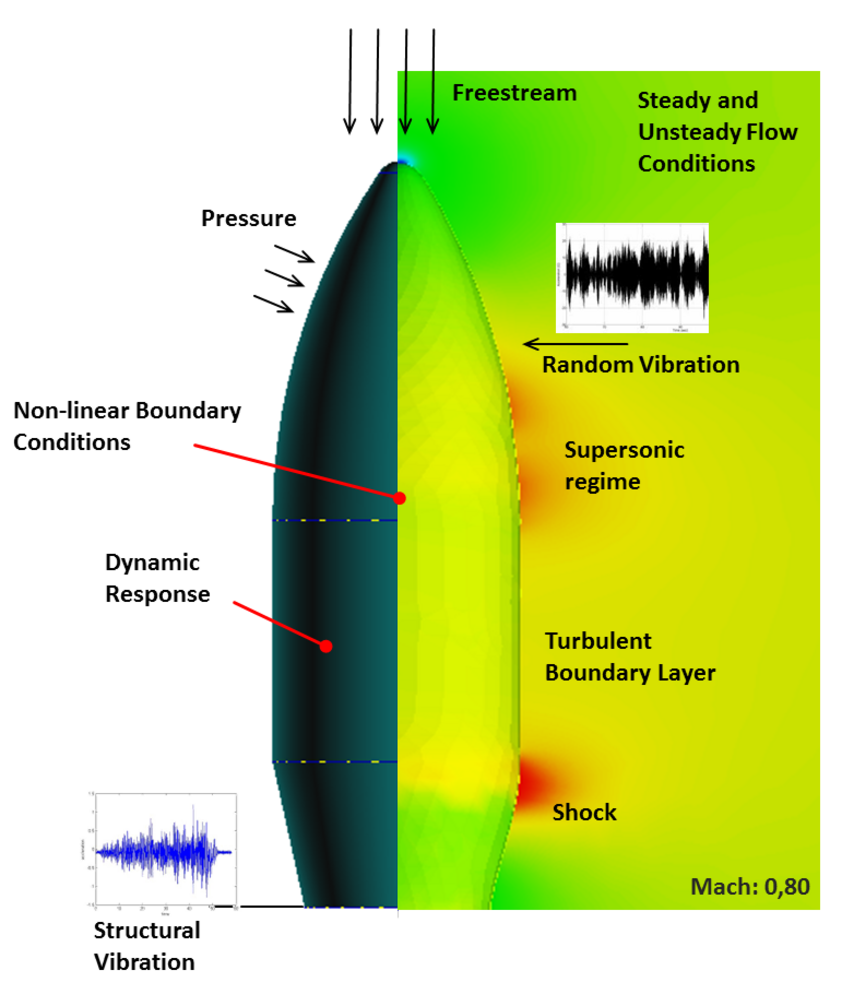 Structural aeroacoustic interactions are of great interest in the design and manufacture of aerospace structures. During the lift off and the early phases of the launch various external loads like steady accelerations, random and broadband frequency vibrations, acoustic loads due to jet noise and fluid-structure interactions act on the lightweight panel structure of the payload fairing. Thereby internal vibrational loads and instability effects may be caused due to the interaction of various mechanical loads and acoustic noise acting on the cylindrical shell structure.

In addition highly loaded payload fairings are generally based on aluminium honeycomb cores with carbon fibre reinforced plastic face sheets of various thickness and orientation as well as sound absorbing material for payload protection. Additionally, the structural response is affected by several internal conditions like the preloaded state of structure, structural damping, Boundary Conditions (BC) and tribology effects that have to be taken into account in the analysis and assessment of the structural response. Thus, there is a need of an efficient and accurate numerical procedure to estimate the structural response of highly flexible structures in a broad frequency range.

Within the project the influence of prescribed structural vibrations on the aeroacoustic response of the payload fairing will be investigated in cooperation with the Institute of Aerodynamics (AIA) of RWTH University. The objective is to reduce uncertainties of numerical methods for an efficient tailored design of space structure applications and the reduction of large safety margins within the load specification of acoustic loads in the structural design. The essential part will be the investigation of the influence of prescribed structural vibrations and BC’s on the structural response of the payload fairing during launch phase.